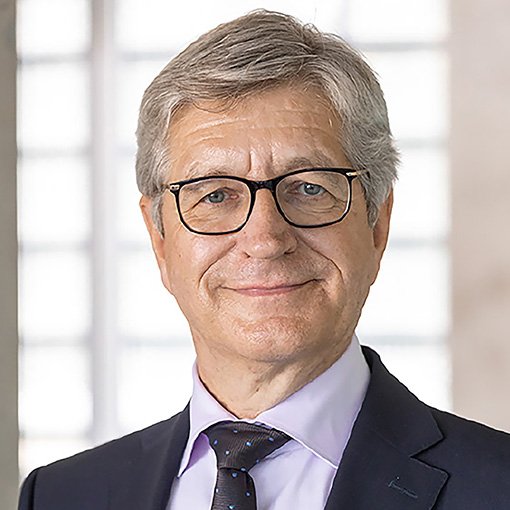 Chairman of the Board of Directors of Forschungszentrum Jülich 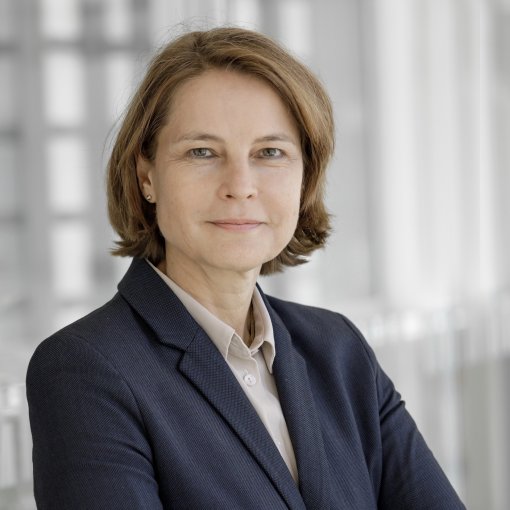 Member of the Board of Directors of Forschungszentrum Jülich 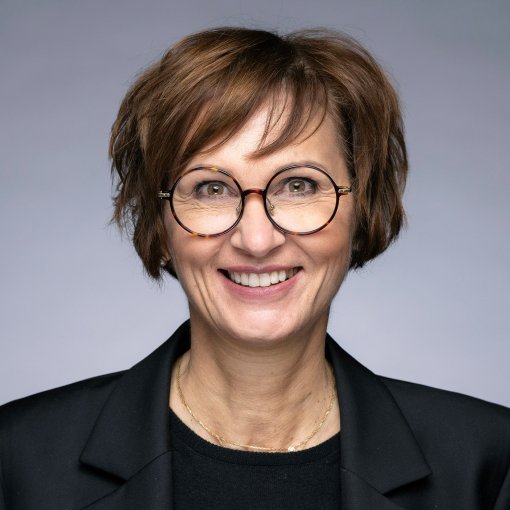 Federal Minister of Education and Research 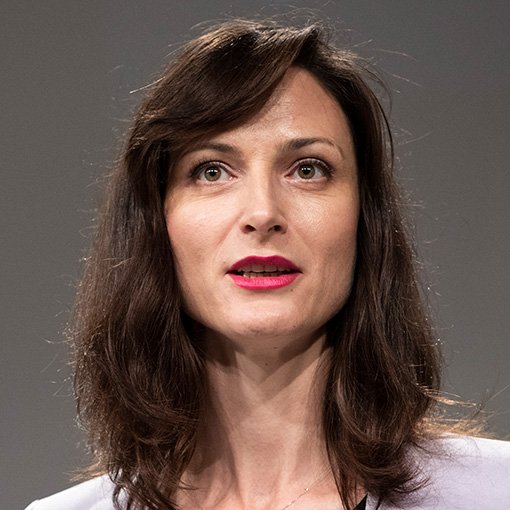 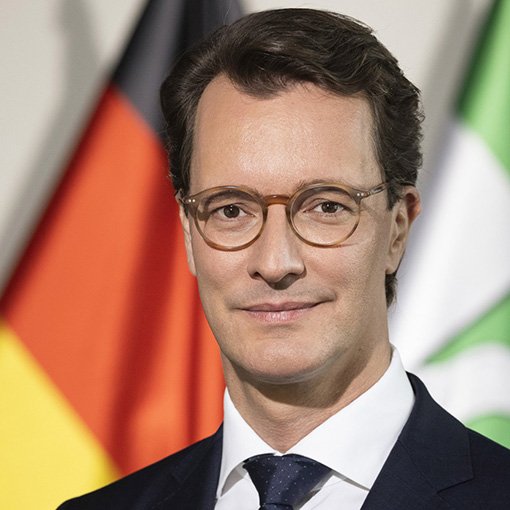 Minister-President of the Federal State of North Rhine-Westphalia 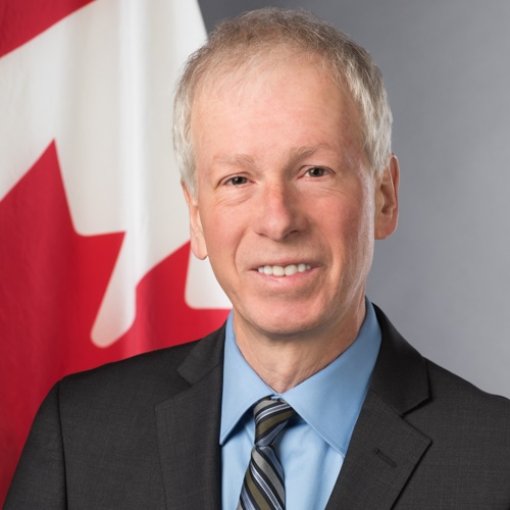 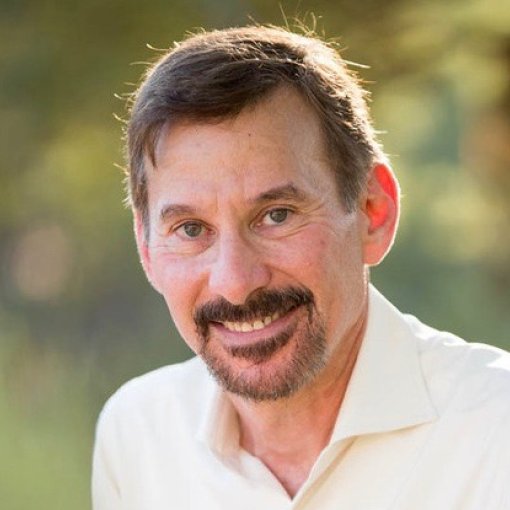 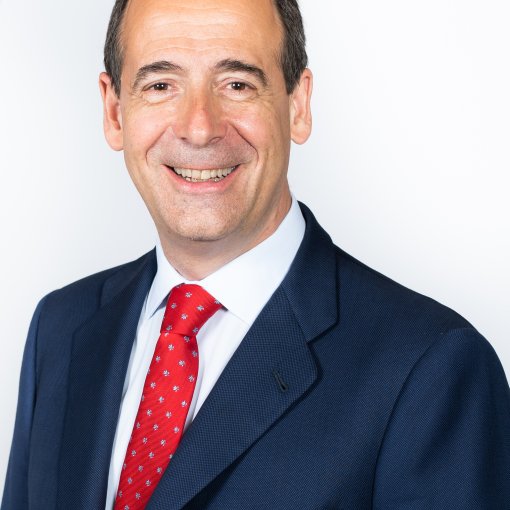 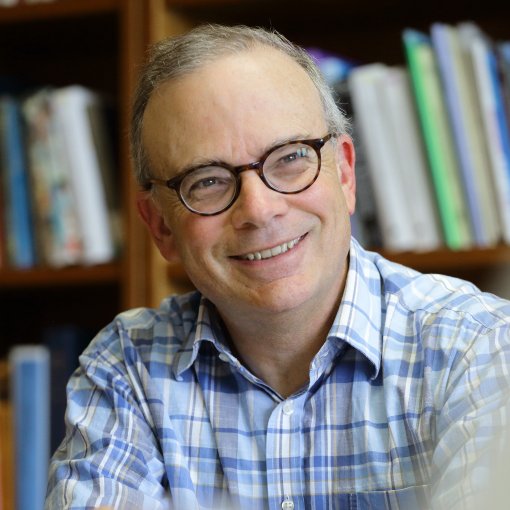 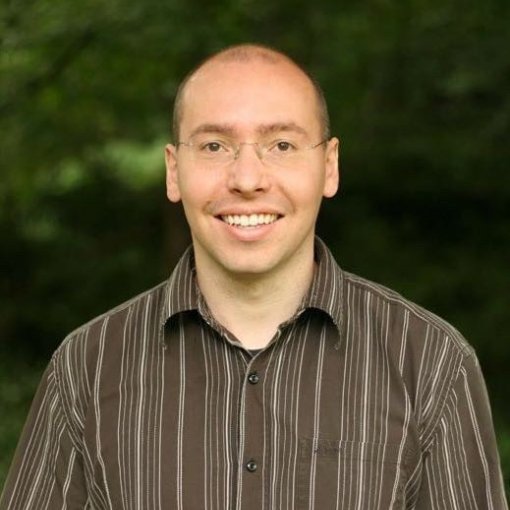 Director of the Institute for Particle Physics Phenomenology at Durham University 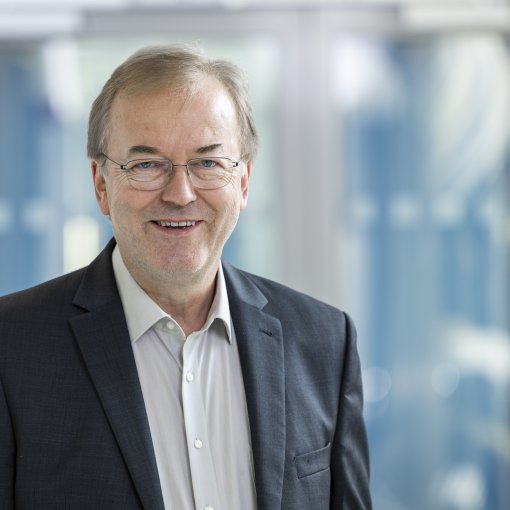 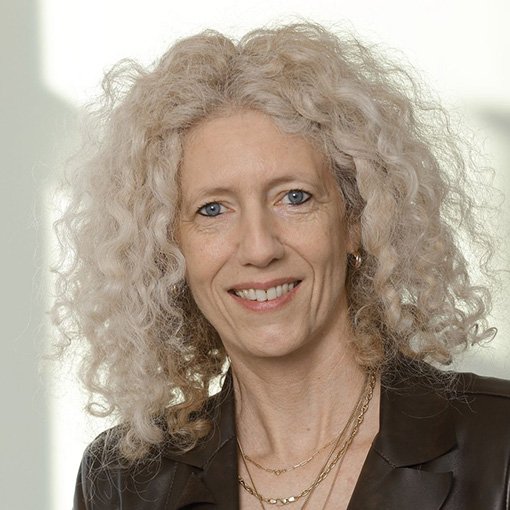 Head of the Jülich UNified Infrastructure for Quantum computing (JUNIQ)

Chairman of the Board of Directors of Forschungszentrum Jülich

On 1 July 2014, Prof. Dr.-Ing. Wolfgang Marquardt was appointed Chairman of the Board of Directors of Forschungszentrum Jülich, Vice-President of the Helmholtz Association, and coordinator of the Helmholtz Research Field Key Technologies. He has also been a member of Leopoldina, the German National Academy of Sciences, since 2014. From 2011 to 2014, he was Chairman of the German Council of Science and Humanities.

In 2001 he was awarded the Leibniz Prize by the German Research Foundation.

Member of the Board of Directors of Forschungszentrum Jülich

Astrid Lambrecht (born 1967) joined the Board of Directors on 1 June 2021. She had previously been Research Director at CNRS – an academic title equivalent to “professor” in Germany. From 2014 to 2015, she was Deputy Director of the LKB, and from 2016, she was Deputy Scientific Director at the CNRS headquarters for the Institute of Physics, which she has headed since 2018. Born in Mülheim an der Ruhr, Prof. Astrid Lambrecht first studied physics at the University of Essen and at Imperial College London.. Lambrecht’s most significant awards include the 2005 Aimé Cotton Award from the Société Française de Physique (SFP), the 2013 CNRS silver medal, and the 2016 Gentner-Kastler-Prize from the SFP and DPG. In 2019, she was also awarded the French Legion of Honour order of merit.

Federal Minister of Education and Research

Bettina Stark-Watzinger was appointed Federal Minister of Education and Research in December 2021. From 2015 to 2019, she held the position of secretary general of the Free Democratic Party (FDP) in Hesse. In 2021, she was elected state chair of the Hessian FDP. She has been a member of the FDP’s federal executive committee since 2017 and a member of the executive committee of the FDP party in Hesse since 2021.

After completing her degree in economics, she worked in the financial sector in Frankfurt. Following a period of time spent in London (including parental leave), Ms Stark-Watzinger made a switch to the field of education. Before she became a member of the German Bundestag as a delegate of the FDP party in 2017, she held the post of managing director of a research institute in Frankfurt.

Minister-President of the Federal State of North Rhine-Westphalia

Hendrik Wüst was elected Minister-President of the Federal State of North Rhine-Westphalia (NRW) on 27 October 2021, succeeding Armin Laschet in the role. A number of days prior he was elected leader of the Christian Democratic Union of Germany (CDU) party in NRW. From 2017 to 2021, he served as transport minister for NRW. From 2006 to 2010, he held the position of secretary general of the CDU party in NRW. He has been a directly elected member of the NRW state parliament since 2005 and has served as regional chairman of MIT NRW (an association for SMEs and industry) within the CDU since 2013.

Outside of politics, in the period from 2010 to 2017 he held the posts of managing director of Verband der Zeitungsverleger in NRW (an association for digital and newspaper publishers), Verband der Betriebsgesellschaften Nordrhein-Westfalen (an association of operating companies), and Pressefunk GmbH. In addition, he was director of dein.fm Holding GmbH & Co. KG from 2014 to 2017.

Prior to his appointment, M. Dion was Canada’s Minister of Foreign Affairs from November 2015 until January 2017, where he championed Canadian leadership in the world on crucial global interests including promotion of universal human rights, peace and stability efforts, the global climate challenge and Canada’s commitment to multilateralism.  He was previously Minister of the Environment from 2004 to 2005, and, in 2005, chaired the United Nations Conference on Climate Change (COP11/MOP1). From 2001-2003 he was the minister responsible for Official Languages. Serving as Minister of Intergovernmental Affairs between 1996 and 2003, longer than any other Canadian since Confederation, he played a primary role promoting Canadian unity.   In 2006, Mr. Dion was elected as Leader of the Liberal Party of Canada and became Leader of the Official Opposition in the Canadian House of Commons, a position which he retained until 2008. M. Dion served as a Member of Parliament first in 1996 and was re-elected seven consecutive times.

Before entering politics, Stéphane Dion taught Political Science at Université de Moncton in 1984, then at Université de Montréal from 1984 to 1995. He has authored many scientific articles and books on Public Administration, Organizational Studies, Political Institutions and Environmental Policies. He also sat on the External Advisory Board of the Yale Climate and Energy Institute from 2011 until November 2015.

Dr. Alan Baratz became the CEO of D-Wave in 2020. Previously, as Executive Vice President of R&D and Chief Product Officer, he drove the development, delivery, and support of all of D-Wave’s products, technologies, and applications. He has over 25 years of experience in product development and bringing new products to market at leading technology companies and software startups. As the first president of JavaSoft at Sun Microsystems, Alan oversaw the growth and adoption of the Java platform from its infancy to a robust platform supporting mission-critical applications in nearly 80 percent of Fortune 1000 companies. He has also held executive positions at Symphony, Avaya, Cisco, and IBM. He served as CEO and president of Versata, Zaplet, and NeoPath Networks, and as a managing director at Warburg Pincus LLC. Alan holds a doctorate in computer science from the Massachusetts Institute of Technology.

Gonzalo Gortazar is the CEO of CaixaBank. He is currently leading the larger merger in the Spanish financial sector ever, while he continues the execution of a profound transformation of the financial group that started several years ago.

Prior to being appointed CEO in June 2014, Mr Gortazar served as CaixaBank's Chief Financial Officer, and before he was CEO of Criteria CaixaCorp since 2009. Previously he had a successful career at Morgan Stanley were he lead the European Financial Institutions Group after holding different posts in investment banking.

Mr Gortazar was born in Madrid in 1965, holds a dual degree in Law and Business from ICADE and an MBA with distinction from the INSEAD Business School.

Currently he is also board member of Banco BPI and VidaCaixa. He has been chairman of VidaCaixa, vice-chairman at Repsol and a board member of Grupo Financiero Inbursa, Erste Bank and other relevant Spanish companies.

Prof. Dr. David DiVincenzo was appointed director at Forschungszentrum Jülich’s Peter Grünberg Institute – Theoretical Nanoelectronics and co-director of the JARA Institute for Quantum Information in 2011. He is also the scientific coordinator of the Jülich Quantum Computing Alliance. From 1985 to 2011, he worked as a research staff member at the IBM Watson Research Center in Yorktown Heights, New York. In 2010, he was awarded the Alexander von Humboldt Professorship, the most valuable international research prize in Germany. He is also a fellow of the American Physical Society.

Director of the Institute for Particle Physics Phenomenology at Durham University

Michael Spannowsky is a Professor at Durham University and the Director of the Institute for Particle Physics Phenomenology (IPPP). The IPPP is UK’s national centre for particle physics and the largest theoretical particle physics group worldwide. He and his colleagues are developing quantum computing algorithms to answer some of the most fundamental questions in nature. These include the nature of the Higgs boson, spectra of gravitational waves produced after the Big Bang and why there is more matter than antimatter in the Universe.

Head of the Jülich UNified Infrastructure for Quantum computing (JUNIQ)

Prof. Kristel Michielsen is group leader of the Quantum Information Processing group at Forschungszentrum Jülich and Professor of Quantum Information Processing at RWTH Aachen University. She is building the Jülich UNified Infrastructure for Quantum computing (JUNIQ) at the Jülich Supercomputing Centre. In 2019, she participated in a research collaboration that proved Google’s quantum supremacy. Her research interests range from classical simulations of electrodynamics and quantum mechanics to quantum computing and quantum computing architectures.